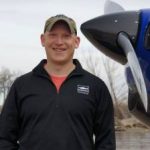 Patrick Romano is the creator of STOL Tips and owner of Backcountry Aviation LLC. He is also a Colorado state liaison for the Recreational Aviation Foundation. He has amassed over 8000 hours of flying and taught in everything from a Cessna 140 to Business Jets. He is an ATP with several type ratings and CFI with commercial privileges in everything but a Blimp. He and his wife Lindsey fly their Maule and Cub to the tune of about 400 hours a year. When not out protecting and preserving backcountry airstrips, Patrick operates several Domino’s in the Denver area 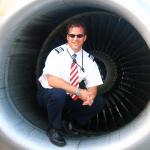 With a lifelong passion for flying, Dave Dunteman has lived out his dream since he was eight years old. After attending the Air Force Academy, he enjoyed a twenty-year career with the Air Force flying and instructing fighters including the A-10, Harrier, and F-16. Currently a Captain with Southwest Airlines, Dave enjoys flying in his spare time as an aerobatic and upset recovery instructor for Aviation Performance Solutions, and also training backcountry and mountain flying techniques with Mountain Canyon Seminars in Utah and Idaho. Last, but not least, Dave has been an active glider pilot for the past 25 years. He instructs, certifies new pilots, and flies in cross-country experiences when he has the chance.

Dave loves working with others to uncover their joy of flying. From working with 5th grade students in Southwest’s Adopt-A-Pilot program to instructing octogenarians on safety, his joy is ensuring that everyone has the opportunity to pursue their flying goals. An avid hiker, runner and cyclist, Dave enjoys the outdoors and particularly loves sharing these pursuits with his family. Dave grew up in the midwest and now lives in Phoenix with his wife, Nora. They have four children, all now embarking on their own careers: Ron, Emma, Brad and Madeline. They travel often and cherish the amazing memories they are creating together. 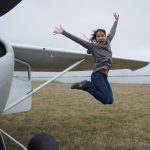 Lindsey Moreland is ATP and CFI with a degree in Aviation Science where she has gained over 6000 hours of flying in everything from Carbon Cubs to Citation Business Jets. She has extensive background in backcountry flying as the Cubcrafters dealer in Colorado and New Mexico for several years. When not flying a CJ2 single pilot she is busy flying in the backcountry with her husband Patrick in their Maule and Cub. For fun she makes sandwiches as a Jersey Mike’s Subs franchisee in the Denver area. 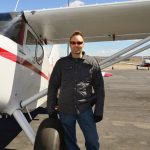 Nathan Kurth is the Backcountry Chair for the Colorado Pilots association. He has a degree in Aerospace Science and has spent his entire aviation career flying in and around the Rocky Mountains. Nearly all of his flight hours have been amassed flying taildraggers around the Colorado Rockies for hire and play. He is also a heavy contributor to the STOL tips series.

Nathan works for Jeppesen/Boeing coding ARINC 424 data for avionics. He also performs webinar/Seminar IFR educational series for customers all over the world and at popular events such as Oshkosh. When not working at Jeppesen he is out flying his Super Stinson helping to inventory, protect, and preserve the strips of Colorado and the West. 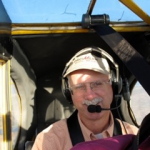 Ken Wittekiend is a professional instrument flight instructor, aircraft owner and founder of ProMark Aviation Services, a flight training company based in Burnet, TX. He is a commercial pilot with over 12,000 hours of experience in a wide variety of general aviation aircraft providing a wide range of training services, working with pilots of all experience levels, with an emphasis on single pilot IFR, fundamental maneuvering skills, float plane and tailwheel training. To date, Ken has provided over 8000 hours of flight instruction including over 1700 hours of tailwheel instruction. He is also an instructor for the Beechcraft Pilot Proficiency Program (BPPP) of the American Bonanza Society.

Five times Ken has been selected as a “Master CFI” and twice as “CFI of the Year” by the FAA for the Southwest Region. He is an FAA Designated Pilot Examiner for the San Antonio FSDO and serves as a FAASTeam representative, helping pilots by conducting seminars and counseling activities to reduce accidents and improve pilot safety practices. He is a charter member of the Society of Aviation and Flight Educators (SAFE) where he serves as a board member. Ken is also qualified as a “Gold Seal” Certificated Flight Instructor, which is issued to instructors with a high level of activity and who meet certain criteria for ratings, certificates and student success.

Ken is a dedicated teacher, and a staunch advocate for general aviation safety. He is a contributor to AOPA’s Air Safety Foundation Flight Instructor Report and Flying magazine. He also conducts safety seminars across the country for the FAA, EAA and the American Bonanza Society.
Ken also finds other ways to give back. He flew numerous humanitarian relief missions, totaling over 5700 miles, during the aftermaths of Hurricane Katrina in 2005 and the 2010 Haiti earthquake.
Ken and his wife Judy live along with two sons, three dogs, multiple cats and three airplanes on 9 acres under the approach to runway 01 at the Burnet Texas municipal airport (BMQ).

Steve Johnson is the founder and moderator of Supercub.org an online community for recreational pilots. Steve took an unusual route to flight instructing. A 1998 accident as a one hundred hour pilot placed him at the crossroads of giving up flying, or leaning as much he possibly could about it. Steve has well over 5000 hours, most of it in taildraggers, with several thousand hours of dual instruction given.

In 2000, Steve was named the Kansas City FSDO Flight Instructor of the Year, and holds a Gold Seal flight instructor certificate. Steve’s focus has always been on helping pilots develop new ways to enjoy flying with a focus on safety. Steve and his family live in Weatherby Lake, MO, a few miles from KMCI. He has many leather bound books and his apartment smells of rich mohogany.